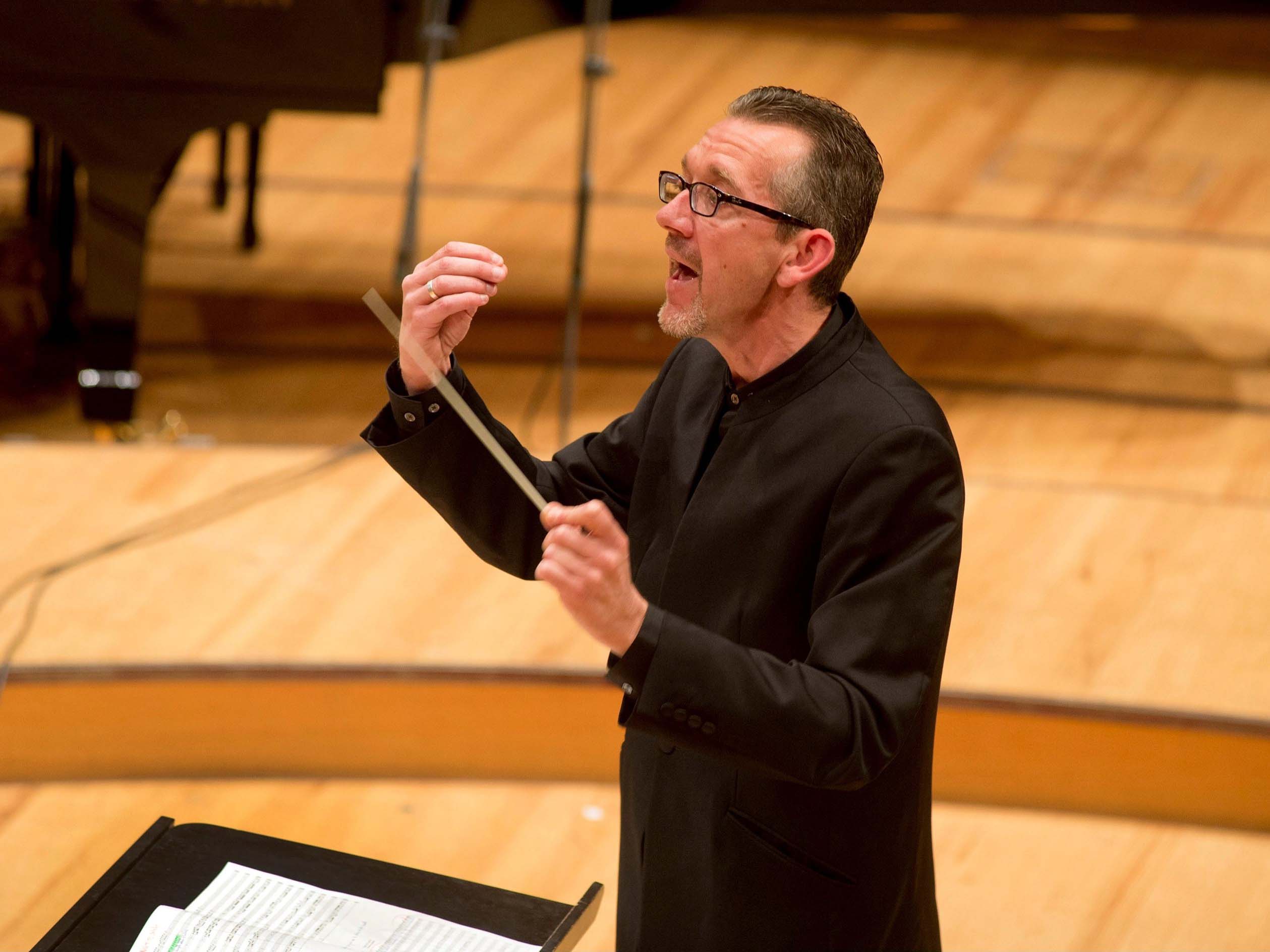 Steven Verhaert began his musical education at the local music academy in Aartselaar and at the Royal Conservatory in Brussels where he earned first prizes in solfège, trumpet (Manu Mellaerts) and chamber music. With the "Beaux-Arts Brass Quintet" he also obtained the Higher Diploma for Chamber Music. After his studies in Brussels, he continued his studies at the Staatliche Hochschule für Musik in Karlsruhe (D) in the class of Prof. Reinhold Friedrich.
Steven has been a trumpet player with deFilharmonie since 1995 and he teaches trumpet and Hafabra conducting at the School of Arts Royal Conservatory in Antwerp and as guest professor of Chamber Music at the Musikhochschule in Frankfurt. With the Orchestre des Champs-Elysées and the Collegium Vocale Gent he is very active in the field of historical performance practice. He has also worked with conductors such as C. Abbado, M. Tilson-Thomas, D. Harding, H. Wolf, P. Boulez, P. Herreweghe and others. He is regularly in demand as a conductor with deFilharmonie, the Rotterdam Philharmonic Orchestra, the Symphony Orchestra of Flanders, the brass ensemble of the Radio-Sinfonie-Orchester Frankfurt (hr-brass), the Hermes Ensemble, I Solisti del Vento, Belgian Brass and the Sinfonisches Blasorchester from Mainz. In August 2014, he made his conducting debut at the Lucerne Festival with the Lucerne Festival Orchestra Brass Ensemble in a program featuring almost exclusively his own arrangements.
He is artistic director of the Casino Brass Ensemble and Musical Director at Festival Brass Band.
As an arranger, many ensembles and orchestras (World Brass, hr-brass, deFilharmonie, Brass of the Royal Concertgebouw Orchestra, Lucerne Festival Orchestra Brass Ensemble, Brass Ensemble of the Bayreuth Festspiele, Belgian Brass, I Solisti del Vento, Harmonieorkest "Vooruit" Harelbeke) call upon him for all kinds of arrangements and transcriptions. Most of his arrangements have been published by Hal Leonard, Sikorski and Golden River Music.