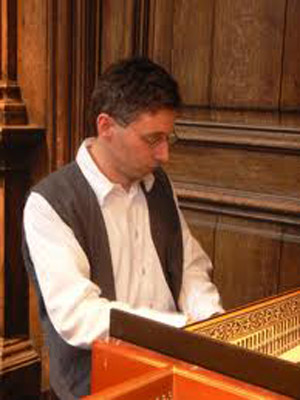 Jan Devlieger was born in Ghent on 28 October 1967. He studied from 1987-2000 at the conservatory of his native city and received including first prizes in harmony, counterpoint and fugue, and chamber music. The master degrees for flute and harpsichord were awarded to him with distinction and honor.

As a composer explains Jan Devlieger mainly focusses on historical writing in publications at Golden River Music. Since 2005, he also gives concert introductions and he takes care of the program notes for the Singel in Antwerp.