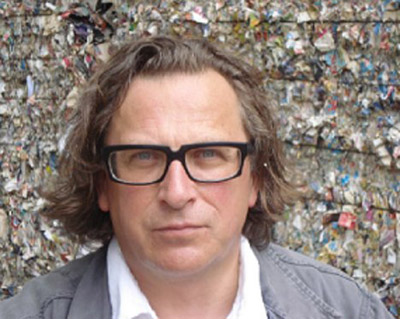 Lucien Posman was born on 22 March 1952 in Eeklo. He completed his higher music studies at the Royal Conservatories of Ghent and Antwerp. In Ghent he earned first prizes in solfège, harmony, music history and composition (under Roland Coryn), as well as a teaching certificate for solfège (first and second cycle). In Antwerp he received a first prize for fugue and counterpoint in the class of Nini Bulterys. He also studied music analysis, piano and voice.  Posman works at the Hogeschool Gent as president of the educational board and as teacher composition and teacher training theory. He was co-founder, in 1993, of the cultural organisations De Verenigde Cultuurfabrieken and De Rode Pomp, where he is the artistic director. At present, Lucien Posman is artistic director of De Rode Pomp. He was also involved in setting up the ECCG (European Composers' Collective, Ghent region). In addition, he is on the editorial board of the periodical, Nieuwe Vlaamse Muziekrevue. As an assistant on the Musical Days of Flanders, he organises and programs small festivals abroad (St Petersburg, New York, Bratislava) which aim to confront Belgian works with compositions from the repertoire of other lands.  Posman's compositions have been performed in such festivals as De Week van de Hedendaagse Muziek in Ghent, the Belgian-Dutch Music Days in Maastricht, Muzicii Contemporane Belgiene in Bucharest, Ars Musica, the Flanders Festival, and the Musica Nova Festival in Sao Paulo. Various of his compositions have been recorded for CD, and several programmes have been devoted to him and his works on such radio networks as VRT Radio 3 (the Flemish classical music programme, now Klara), Radio Moscow, and the Dutch, Brazilian (Sao Paulo) and Romanian services. For his song cycle, Songs of Experience (five songs on poems by William Blake, for middle voice and piano) Lucien Posman received the Muizelhuis Prize for chamber music in 1988.