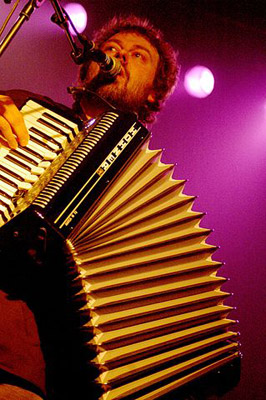 Yves Bondue, born in Ieper, is a kindergarten teacher by training and completely self-taught as a composer. He is also an actor and a presenter. He combines music and teaching in his collections of songs and his stories for children, although these works do not represent the largest part of his activities as a composer. Bondue is active in practically all musical genres, from vocal music, chamber music and piano works, to theatre music, opera (‘Gemeenschap’, 1998, on a libretto by Wim Dewulf, based on Franz Kafka) and musical (one work, 2003).

He has worked both in Belgium and abroad, at the invitation of numerous leading music ensembles and choirs, theatre groups, music academies, Youth and Music, theatres, art centres, and commissioned by cultural centres, cities, provincial governments and the Flemish Community. In addition, he has also had works commissioned by such organisations as Anno‘O2, Limelight, Polydans, the Logos society, and the VRT radio (Flemish public broadcaster).

As a composer, improviser and performing actor he has been closely involved in the activities of various theatre producers since 1991. He formed his own production house, Cie de OorSprong in 1998. He is also guest teacher at a number of drama, music and music-drama schools. Yves Bondue has received prizes for his chamber music, including the SABAM Prize from the Belgian Artistic Promotion (BAP) (2000).