Subscribe to our periodical electronic newsletter and receive as a welcome gift
a free downloadable band music score: 'Here we are' by Dominique Vanhaegenberg. 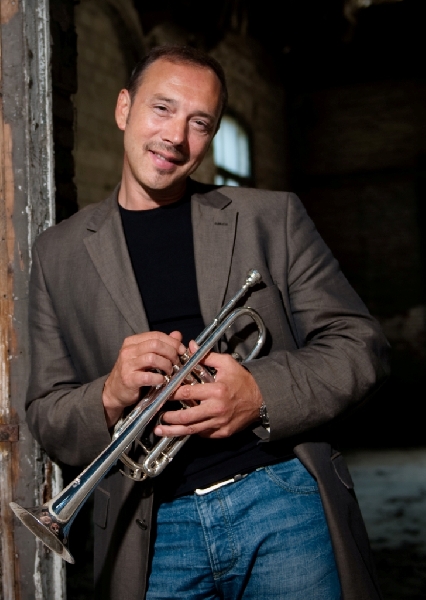 Manu Mellaerts started his musical training at the Tienen music academy. He then went on to study at the Lemmens Institute in Louvain and the Brussels School of Music, where he gained the Higher Diploma for Trumpet and Chamber Music, as well as a teacher training qualification. He completed his studies with Pierre Thibaud in Paris, Roger Delmotte in Versailles and Edward Tarr in Basel.
In 1985, he became laureate of the VRT Tenuto competition and in 1987, laureate of the International Trumpet Competition in Toulon.
Between 1984 and 1986, he played the trumpet for the Flemish Radio Orchestra while he taught at the Lemmens Institute in Louvain until 1987.
Since 1986, he has been solo trumpeter at the Orchestra of the Muntschouwburg and lecturer at the Brussels School of Music.
As a soloist, Manu Mellaerts performed with, inter alia, the Muntschouwburg Orchestra, the Flemish Radio Orchestra, the Beethoven Academy, I Fiaminghi, the Collegium Instrumentale Brugense, and l'Orchestre de Wallonie.
He is founding member and artistic director of the brass ensemble Belgian Brass. As a visiting lecturer, he is much in demand at different work placements and summer courses.
Manu Mellaerts has helped create various CD recordings, including a special recording of various baroque and classical concertos with the Collegium Instrumentale Brugense.