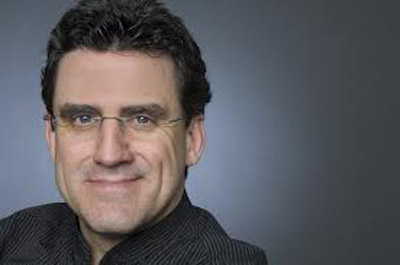 Dirk Brossé, born in Ghent, Belgium, in 1960, is a multi-faceted composer and a respected conductor on the international music scene. He is currently Music Director of

He began his music studies at the Music Conservatories of Ghent and Brussels. He subsequently specialised in conducting, which he studied in Maastricht, Vienna and Cologne. Alongside his many guest professorships, he is currently Professor of composition and conducting at the Royal Conservatory of Music in Ghent.

But foremost he is a versatile and prolific composer. He has written some 200 works, including concerti, oratorios, lieder, chamber music and symphonic works, that have been performed all over the world and have been recorded in more than 40 countries. His most important works are ‘La Soledad de América Latina’, written in collaboration with the Nobel Prize winner Gabriel Garcia Marquez, ‘Artesia’, a universal symphony for orchestra and ethnic instruments, the ethno-classical symphony ‘The Birth of Music’, the oratorio ‘Juanelo’, the lieder cycles ‘Landuyt Cycle’ and ‘La vida es un Sueño’, the ‘War Concerto’ for clarinet and orchestra, and the violin concertos ‘Black, White & Between’, ‘Sophia’ and ‘Echoes of Silent Voices’.