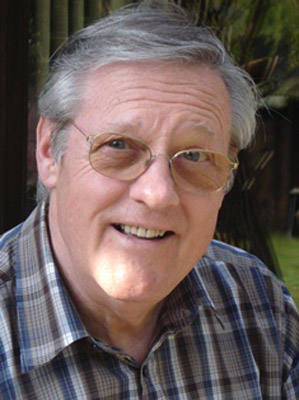 Roland Coryn, born on 21 December 1938 in Kortrijk, came into contact early with the artistic world. His brother sketched and painted, and his family maintained links with artistic circles. After his musical studies at the Municipal Music Academy in Harelbeke, he pursued further studies at the Royal Conservatory of Ghent. There he earned his Higher Diploma in viola and chamber music, while continuing to study in the theory department and subsequently receiving his First Prize in composition.

As a teacher he held positions at the music academies of Harelbeke, Izegem and Oostende. In 1979 he was named director in Harelbeke. For many years he held an important function as a teacher of composition at the conservatory in Ghent. On 1 September 1997, he took early retirement in order to devote his full attention to composing.  In the period from 1960 to 1975, he was chiefly active as a performing musician. He played viola in the Belgian Chamber Orchestra, where he came into contact with modern music, and he was a founding member of the Flemish Piano Quartet, which focused on the works of well-known composers and Belgian masters. From 1986 to 1997 he was the leader of the Nieuw Conservatorium Ensemble in Ghent, with which he performed mainly contemporary works. This activity proved highly fruitful for his composition class.

As a composer, Coryn has won numerous prizes, including the Tenuto Prize in 1973 (Quattro Movimenti), the Jef Van Hoof Prize in 1974 (Triptiek), the Koopal Prize in 1986 for his chamber music oeuvre, and the Visser-Neerlandia Prize in 1999 for his complete output.  In 1993 he was elected a member of the Academy of Fine Arts, Letters and Sciences of Belgium.

Since 2000 is Roland Coryn closely involved with several organizations which aim to promote new music and give opportunities to young and Flemish composers.