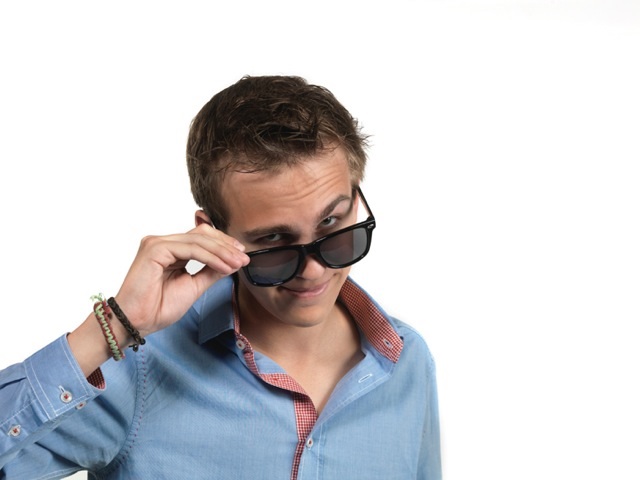 Bert Van Weyenbergh was born in 1992 in Dendermonde. His family loved music and as a 5-year old boy he went often with his father, who was a member of the Royal Air Force Band, to the rehearsals of the Royal Concert Band St.Cecilia in Lebbeke.
From the age of six he started his musical education at the local Academy of Lebbeke. He learnt to play electric guitar, bass guitar and double-bass. He was also interested in percussion and music theory. When he finished secondary school he decided to complete his studies in Ghent. He first chooses a Graphic and Digital training and continues with Musical Education and Computer Science. Meanwhile he’s teaching at the Academy of Lebbeke.
At present he’s an active member of the Royal Concert Band St. Cecilia Lebbeke and GUHO, the concert band of the University of Ghent. He’s leading his own 2 street bands : ‘De Vedett’n’ and ‘Joeng & Aat’.
At the age of 16 he gave full scope to his creative gifts making arrangements for his 2 bands. After one year he takes a chance on compositions for concert band, fanfare, brass band and big band. He concentrates mainly on classical music and jazz but every now and then he enjoys EDM.